I was sent a link to this site by a biking friend as an idea for routes and places to visit. So I thought it would be only fair to stick one of my own up there.

I chose Silnice 23 in the Czech Republic.  A route I have take on two occasions, once in each direction and about a year apart.

I added a couple of pix.  Not that I have many as I never thought I would need them and was always concentrating on riding!

This one from 2004 with Claire and the GS in Zastávka u Brna or rather on the outside the village by the sign. 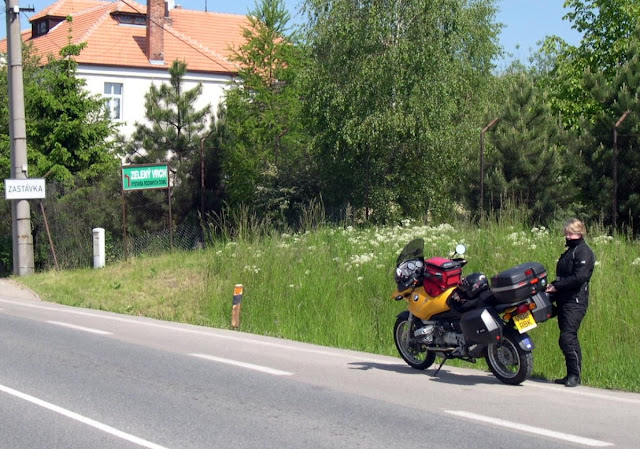 Since penning this posting I have visited the site a few times and added a few more routes that I have done and happy to share with others.  Not all of them are seat of the pants jobs but are pretty decent.

What would be much easier is if you could import gpx files from the satnavs, or at least have that as an option.

Sometimes if you route touches one already there is effs up.  I tried to enter a route between the agritourism place we stayed in near Sorrento across to the Greek temples at Paestum.  As it takes in the Amalfi Coast Drive and that's already there my route wouldn't work. Needs work.