Maybe it is something that comes with getting older, correct me if I am wrong, that country music becomes more interesting?
Although it's always been there I have only toyed with the music of Willie Nelson etc.
Lately we have been toying with George Strait and Zac Brown.  Some really decent stuff. Both have massive back catalogues but we have started with recent productions.
And we come to The Shires. A duo from Beds and Herts. Two shire counties to the north of London. They may have got their name from that basis?
That two English singers can write music that is accepted in the US and the heartlands of country is amazing.
They are on in Folkestone at the Leas Cliff Hall at the end of April and we are going to be there.
Looking forward to it
By InvictaMoto - March 30, 2017 No comments: Links to this post

This morning Reggie acted a little strangely and seemed "off colour ".

Usually he doesn't need any urging to gulp down his breakfast but this morning he went upstairs and lay next to the bed.

When Claire came to go to work he was very odd and wanted to sit on her lap.

We were both worried he was ill but by lunchtime he was back to normal. Phew.

And here he is this evening asking for a biscuit. Paw up. Something that dogs do and that it is self taught by the boy.

Today once we had had our breakfast we decided to have a run out to one of our favourite National Trust places, Sissinghurst.

The gardens themselves aren't open to our four legged friends but there is plenty of other space to walk about and enjoy.

At this time of the year many of the themed gardens are just awakening from winter but the daffodils and their narcissus cousins are in full bloom. Whilst Reggie and I walked outside, Claire went in to look around.

In a year we perhaps go around four or maybe five times to see the changing gardens.

Tried one of the new themes provided by Blogger. MISTAKE!  Not very nice looking and I lost a lot of my gadgets.

Trying to put it back was quite easy so nothing lost in the end.

A walk on the beach today with Reggie. Sunny and dry but very windy. 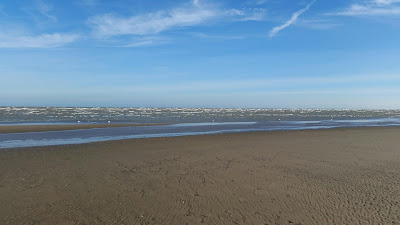 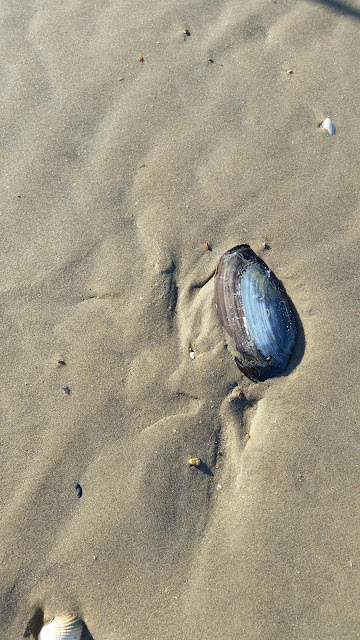 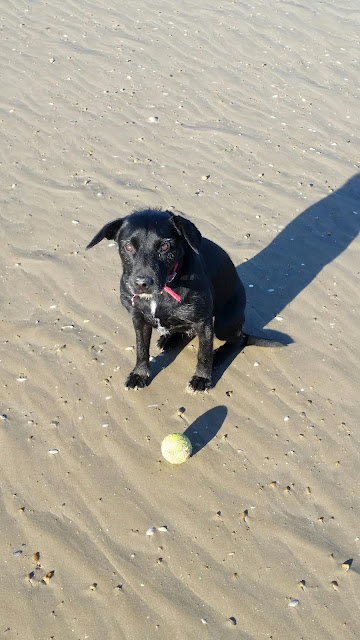 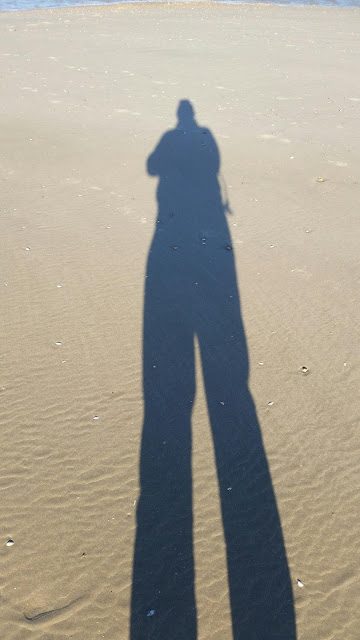 As we all get older, the bands we grew up with in the 70's and 80's are still coming out to play and there is always that last swansong tour that I'd like to be a part of.

I missed the boat with quite a few, the last big one being AC/DC last year. Although we did see Black Sabbath on the next to last tour, we missed the last tour but I wasn't as unhappy about that.

So when I saw that Metallica were out on tour I was eager to get the dates.  October.... and after we get back from Florida.

In the end most areas were sold out less than 25 minutes after booking opened. A box to tick to say you aren't a robot.... and we're in. All booked.

I last saw Metallica live in Brno at the BOBY FC football stadium in the summer of 1994. There they played the Black album plus a load of favourites from the early albums.  Of course, back then they were all still pretty fresh albums!!!

Since then I have not managed to get a ticket, or they have appeared at festivals where tickets are for the weekend are very expensive.

So with the No Robots allowed to buy tickets how many will be on the resellers websites already at vastly inflated prices.....?

Ride out for Kelly

Another ride out to raise money to send Kelly to the US for her lifesaving surgery.

So far she is about half way there. Why operations and care can cost £1m I have no idea. 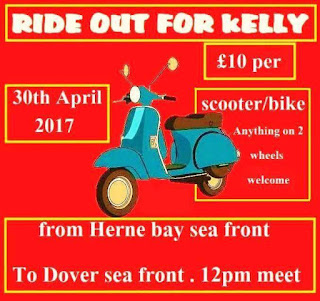 After 8 years the iPod I won is still going. I still have to use the tedious iTunes to manage the music that is on it.

Also after these years I have about 45gb used out of the 80gb capacity. The only problem is that it will no longer charge from the mains plug only when connected to a computer!

The Road to Gobblers Knob: From Chile to Alaska on a Motorbike by Geoff Hill


I bought this on the back of a previous bike trip that Geoff Hill written about a ride from India bringing tea home. A good pace and hardly comparable to any truck driving epic. The focus is on riding a motorcycle and the trials of the mode of transport.

Humorous and simply a good tale.

"Thank you for joining the AirbagRevolution. You are more than 10 000 members and the movement is still increasing.
A few days ago, based on the answers to the questionnaire, we proceeded to the selection of the 500 In&siders: the first users who will test the airbag vest.
The choice was not easy (we would even say Cornelian) and we couldn't retain your profile. "