In it's third year it seemed like a good craic.
Sadly Döra wasn't eligible for the ride itself but I decided to register and send a donation even if I wasn't going to be able to join the London ride out.
Bikes that qualified were supposed to be cafe racers etc, not adventure bikes, but I have seen a few Harley's in the pics, that are further away from cafe racers than Döra!!! Big lumbering things with panniers...
Anyway, money is coming in to the charity and they did send me the patch for my donation!
http://www.gentlemansride.com 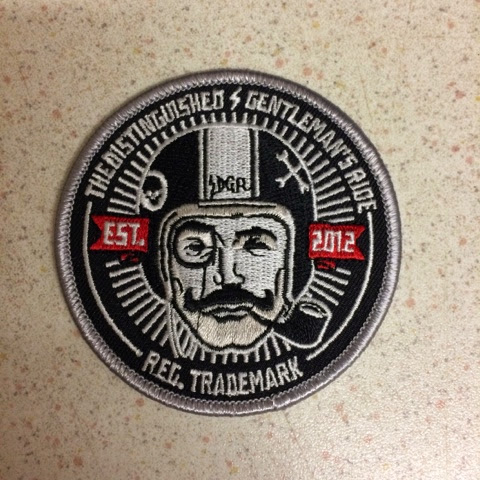 Last year we had a really nice couple of days in Metz for the Christmas Market. With a total of 11 days off again this year I have started to look at going away again.

It looks like France again and I found that Strasbourg has one of the oldest markets in Europe each year from early Decenber to the 31st.

I had a quick look on booking.com for a hotel and they are a bit on the pricey side, but have found a decent looking, and highly rated, three star close to the city centre by the railway station.

Now just a quick check to see if we can get the cat looked after and about the channel crossing.

Plans were put on hold as soon after publishing this post the cat took a turn for the worst and we had to take her to the vet's and she was put to sleep.  She was nearly 21yo and had a tumour that was inoperable and she was unable to eat or drink.

Although some people said that we were too rushed we had been thinking about a dog once we were cat-free and so that's what we did.  A rescue dogged we renamed Reggie joined us in November 2014. 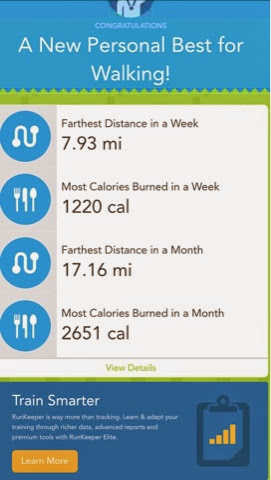 By InvictaMoto - September 25, 2014 No comments: Links to this post

Story
By InvictaMoto - September 19, 2014 No comments: Links to this post

I have to say I lost a bit of interest in Google's Panoramio program. Whilst the app was available on the iPhone it was so easy to share a place with the billions that use Google Earth every day. Then for whatever reason they simply gave up supporting the app and made it totally useless. No doubt as they were developing it for Android?

So revisiting it recently was a surprise that I have so many pictures that have been vetted and passed for Google Earth and Google Maps.

By InvictaMoto - September 15, 2014 No comments: Links to this post

France for the day

Not on the bike but in the car.

It was Claire's friend, Elizabeth's birthday recently and a trip across to France seemed like a good idea. She's not been for a while and we don't need any excuse to get the bike or car packed for a day away. We chose the Tunnel, it's not cheap but split three ways it's not bad for something different.

It also gives me a chance to fill the car up with cheap French diesel oil. Currently it's about £1.349 a litre and in France €1.275 a litre. With the € currently about 1.24 to the £ is it clear to see that the saving to be made in quite enormous, something like 30p a litre. So the 40 litres I put in saved me £13! Had the tank been lower at the start of the trip I could have saved even more!

We were booked on the 0920 shuttle out and there didn't look to be too many vehicles ahead, but nevertheless we weren't offered an alternative crossing. Often when you arrive in good time, they offer you a chance to go earlier. Not today,

After a coffee in the terminal we made our way to the first queue, passports, surprisingly the UK Border Agency waved us through and the French took little interest either. The crossing is pretty quick and we were driving off on French soil just before 11am. I got in the wrong lane and we had a tour of Calais to get on the coast road, the D940. Once there we had the dunes to the right. One of them is where Louis Bleriot landed called Blériot-Plage.

There were probably fewer people about when he took off from France on July 25th 1909 and landed near Dover Castle.

Our first stop was at Cap Blanc Nez. Since we were last there they have wiped out the car parks at the top and built a new one of the approach road to create walking paths and some lookouts across the sea that incorporate some on the German "Atlantic Wall" concrete edifices. At one point away from the Foch Memorial, the path is actually the top of a bunker. Information boards give an insight into the occasion when Goering and Hitler stood up there to look across at England, plus information on the Atlantic Wall itself. 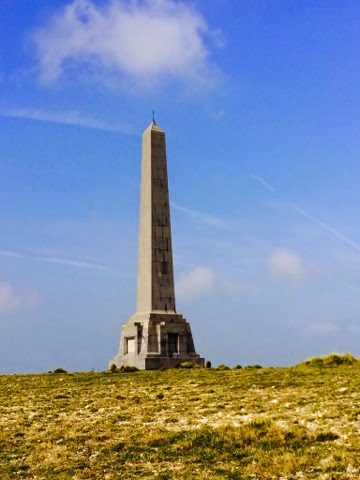 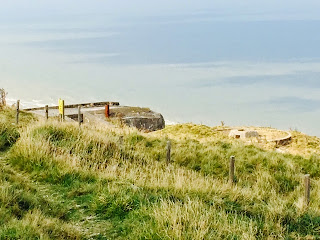 The reason for crowds and delays was that there was a cross country running race taking place. The route of which seemed to zigzag back and forth across the D940. A further detour to avoid an inexplicably closed Wimereux meant we lost a bit of time. So we arrived in Boulogne only a little before the planned reservation. Parking is mercifully free on Sunday, and this added no doubt to the number of people in the restaurants and cafes.

We opted for a starter of fish soup and then the moules and Elizabeth had the roast duck. Not that expensive at Chez Jules in Place Dalton.

Once we had paid the bill there was time to walk up the steep hill to the Haute Ville. Here we found further evidence of change. The parking by the Mairie has been removed and replaced by two gardens, both based on Spanish Moorish architecture with a perfumed garden and one based on the Generalife Gardens in Granada. It is all very new and needs to bed in properly. We had a coffee there before beginning the walk down. 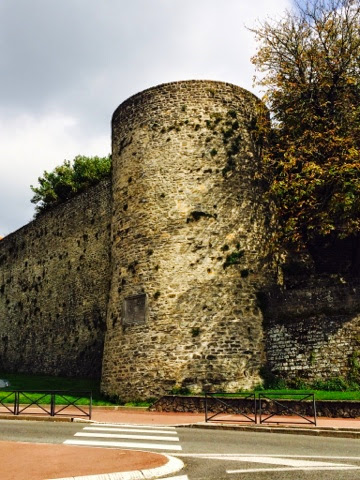 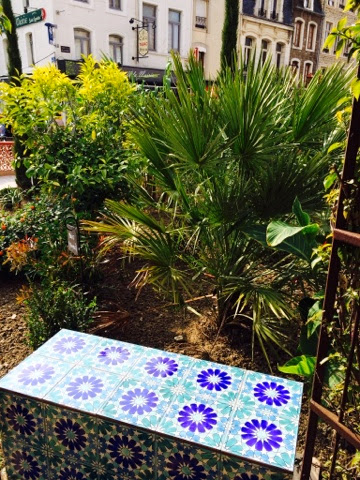 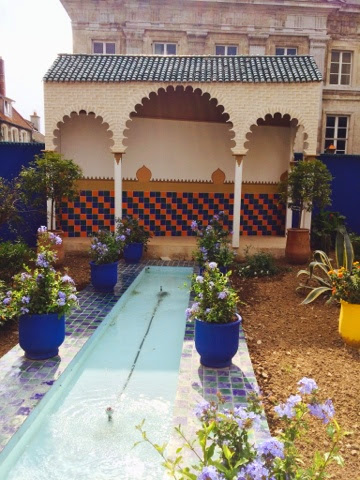 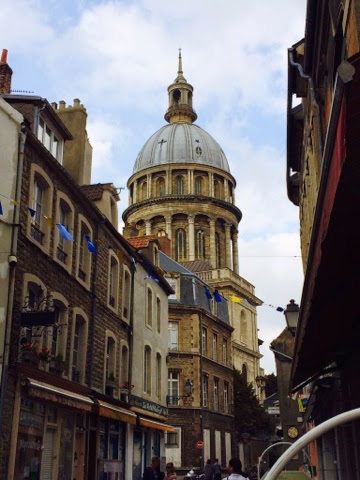 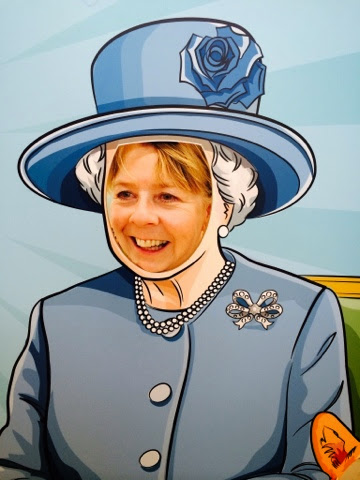 I took the time to have a snooze on the way back under the sea and missed any dramas that may have occurred. In the end we had a really good day out and I think that Elizabeth enjoyed her day

By InvictaMoto - September 15, 2014 No comments: Links to this post

I have started feeling very guilty again. Why?

Today I was out for a walk at lunchtime, just a mile or so around the park when I heard a familiar two stroke rattle.   Across the other side of the park was the unmistakable sight of a Kettle parking up on the pavement by the former Sondel Sport  bike shop on Highbury Corner.

Back in the days before it became a motorcycle clothing store, no bikes on sale, and more recently,  a Waitrose Supermarket,  it had the workshops out the back and it was  on this apron of concrete that the rider had hauled the bike up onto the centre stand.

By the time i had got over there he had gone and I took a look at the bike.

All I can say is that it looked "original". By that I mean it wasn't polished to within a mm of the alloy being so thin it would crumple under the touch of a butterfly landing on it....  Slightly faded orange tank that matched the old P reg it had on the licence plate. The rest was in keeping with a bike that had been reasonably looked after for the best part of 37 years.

A quick look under the edge of the seat showed the same corrosion I experienced with the chrome rear mudguard around its mounting points and where the indicators hang off.

Just as I was standing up, I was caught by the rider. A bloke I guess in his 30's. He said he had inherited from his Dad who had died and he was keeping it going. Mechanically it was sound but parts for it now simply too expensive to replace, even with New Old Stock (NOS) parts.

Depsite being drummed out of the Kettle Club many years ago for a stand against the bullying of my friend John Storrie, I suggested he try them for contact details and also to Google "Sean Chandler GT750".  I've never knowingly met Mr Chandler but I understand him to be one of the UK's Kettle experts, an acolyte of the great John Storrie I think.

Sadly, I didn't get the guys name as he fired up the old girl and headed off towards the football ground.

No doubt he saw me as one of those old blokes that come up to you on the sea front somewhere and tell you about the Triumph they had in 1960.  Old guys living past memories.

So what can I do about it.  Sort my Kettle once and for all and get her back on the road. That's what.
By InvictaMoto - September 10, 2014 No comments: Links to this post

I have no idea how this works, but when I was in my Gmail on the computer I saw the little alarm bell at the top was red. Clicking on it produced a "story" and here it is!

After a pretty heavy butt cheek battering in Spain, and especially on the last two days either side of the ferry, I decided to try a new sheepskin approach.
One of the guys we chatted with on the quay at Santander and on the ferry, and his wife, two-up on a KLX1000 Kawasaki, said they had bought sheepskins off eBay from a company in Yorkshire. They looked a lot shaggier than the Alaska Leather ones that I bought for Claire and me way back in 2004.
So I bought one. The jury is out.  It is a rectangle, with an anti-slip underside and a thick elastic to pass under the seat.  I think my arse cheeks need to recover before I can feel any benefit.
The suppliers are www.sheepskinseats.net  and are available via eBay as well as direct. 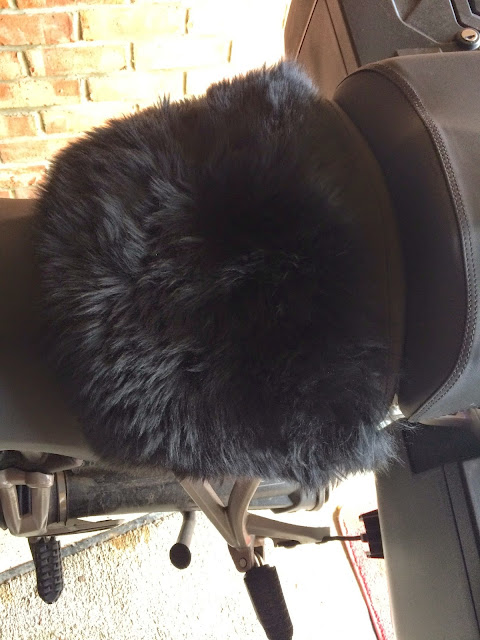