This one I won't be watching on iFollow tonight.  Maybe as it is Barrow's first match against Oldham n the Football League after 48 years!  They were relegated from the League so long ago it must be hard for Latics fans to remember the last time they met in the League.

But at £10 a time I can't afford to watch every game.  Hopefully, Latics will win and move up the table. 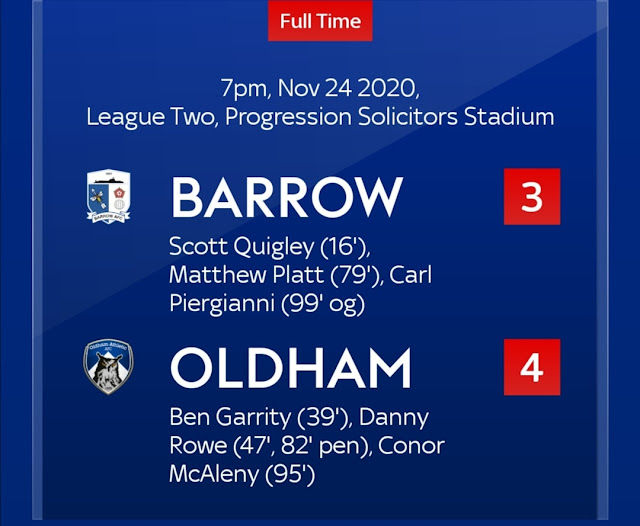 It's 2.45pm and I have just got back from walking the dog.
Shall I watch on iFollow or not? It takes that long for the Dell Inspiron 17 3000 to boot up and Chrome to stop "Not Responding" I might well give up.
It's now 2.55pm and I have paid and the screen shows the ground at Exeter.
Unlike some "supporters" I will buy iFollow from.Oldham not from Exeter. Some of these people are twats.
11 mins. Exeter score. Good save from Lawlor. Free shot to score. 1-0
21 mins. Blackwood equalises with crisp shot after Keillor Dunne dummy. 1-1
32 mins. Rowe free kick into top left corner from 35 yards. 1-2
Half-time 1-2. latics lead with two superb goals. 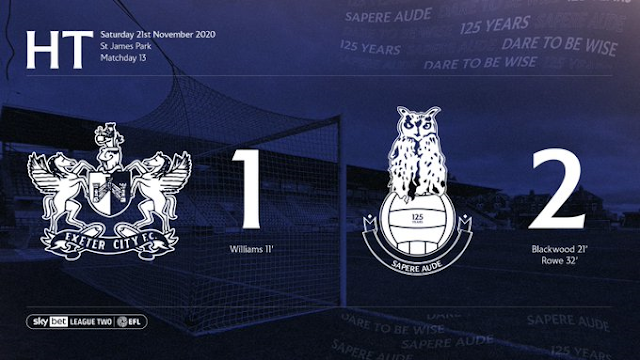 So in the second half Latics have have to stand up and fight for the win. Will they do it?
Back to the wall stuff for most of the half. We have had two good chances to extend the lead but didn't.
PHEW!! 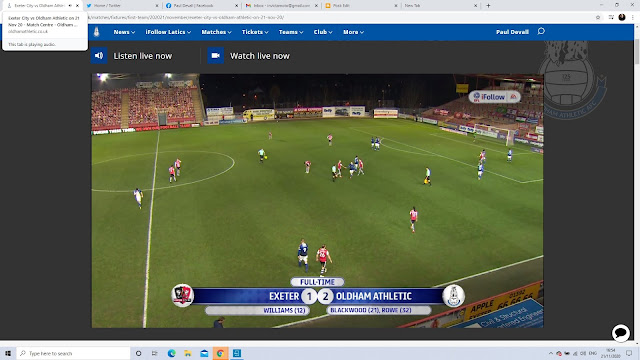 This is the first time I went on my own for a couple of years.

This would have been on the "Plain Jane" Goldwing I think. 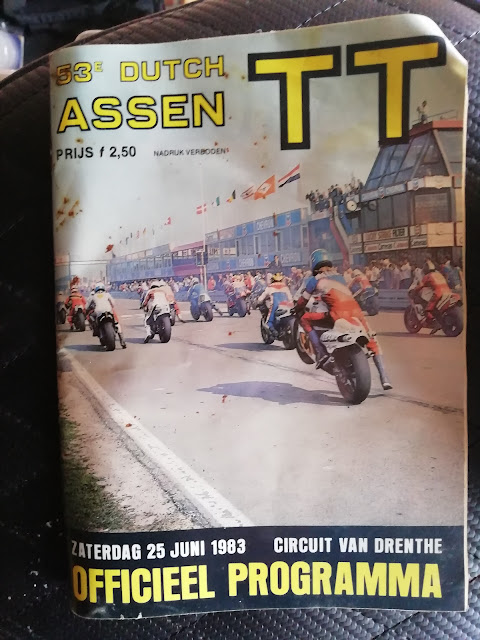 In those days we'd camp in one of the fields around the circuit.
The farmers cleared to fields of livestock, usually cattle, and we'd erect tents around the cow pats.
They would clean out the barns and turn them into bars with loud music and food/beer available.
Apart from the racing no one had to leave the site. All were in walking distance of the circuit entrances.
at November 21, 2020 No comments:

Email ThisBlogThis!Share to TwitterShare to FacebookShare to Pinterest
Labels: Assen 1983

A couple of days ago I saw a post from the organisers on Facebook, and I replied to agree that with the pandemic, and the England lockdown starting on November 5th, that a mass run on the 8th would be counter productive and possibly illegal.

I lamented that unlike the Ride to the Wall organisation that the RoR hadn't made wristbands this year with the 2020 struck through like 2020.

They replied to say watch this space.

Today they announced patches available via PayPal which suits me. Another £5 gone to charity today! 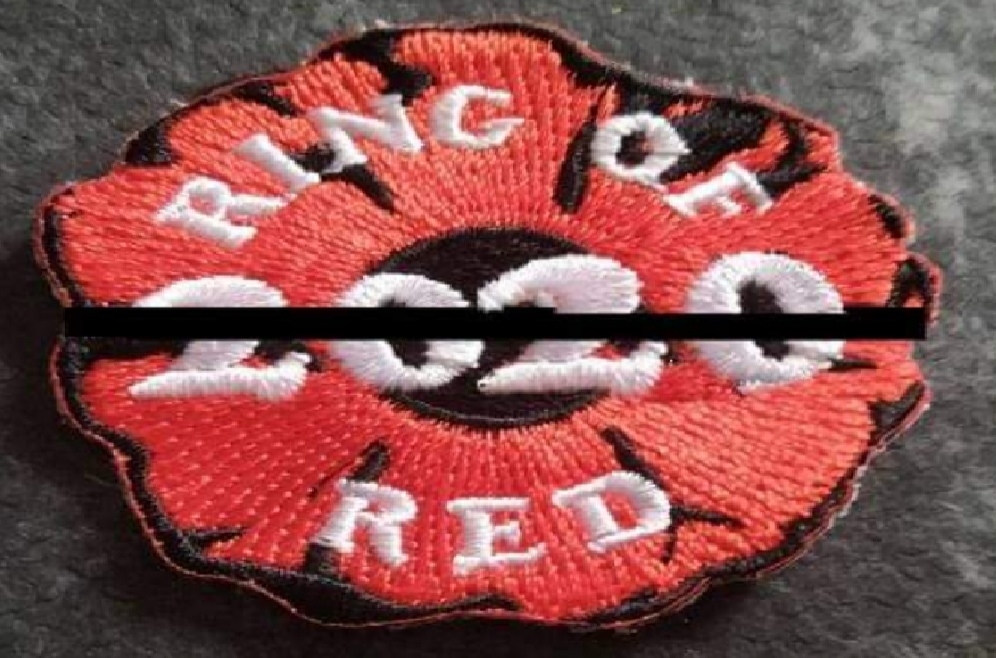 Email ThisBlogThis!Share to TwitterShare to FacebookShare to Pinterest
Labels: Ring of red 2020

Charity donations coming in fast and furious at this time of year. This is one I have tried to get going at work before to raise money.  But sadly, it has been deemed not appropriate for the workplace.

Where I work there are few members of the public, and I am sure that most that would have seen us would have been happy that we were doing something for CHARITY! After all, our site is a school used for educating adults and fellow LA workers.

In the end it was just a few of us.

Email ThisBlogThis!Share to TwitterShare to FacebookShare to Pinterest
Labels: #footballshirtfriday

Wow!
Rather them than me. Now I know why I am a tarmac rider.
I hate gravel. Even when I was a GS and Explorer owner/rider I tried to avoid it wherever I went. Especially when two-up and coming across it round a bend!!!
On this episode both of them have taken a tumble and the Rivian rolled back with no parking brake.
On top of that the altitude is causing problems. Taylor on the support team suffering and then by the end of the episode Ewan McGregor starting to go down. 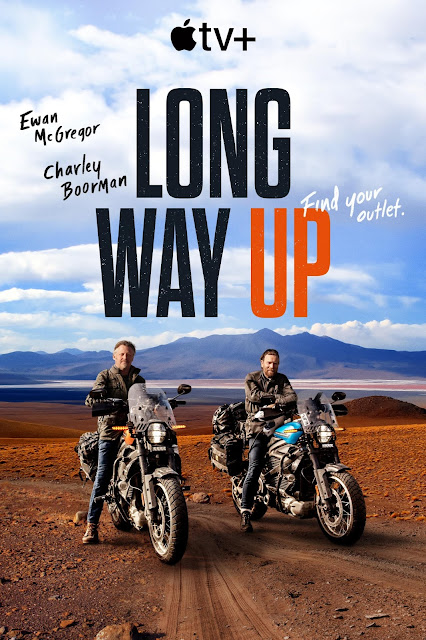 Email ThisBlogThis!Share to TwitterShare to FacebookShare to Pinterest
Labels: long way up

I know. I bet you didn't have a clue it was happening today did you? I didn't until I saw it was publicised on Twitter.

And why would you? It's not that important. Who cares anything about men's health problems? The number of men that commit suicide every year? No one gives a fuck.  Right?

Except some of us do. https://ukmensday.org.uk/

I forgot about it as this year I decided not to do Movember.  I already have a beard and a mustache and decided that rather than shave them off I'd look for some random (non celebrity) guy or team and donate to his fund raising.

I have done Movember since 2012 with a year off for Decembeard and have raised a few £'s for the charity.  This time my money goes elsewhere.

Raising awareness of men's health and mental health is the responsibility of all men. Not just those guys that have fallen foul of cancer or have become suicidal, but ALL men.

FFS pay attention and think about it. 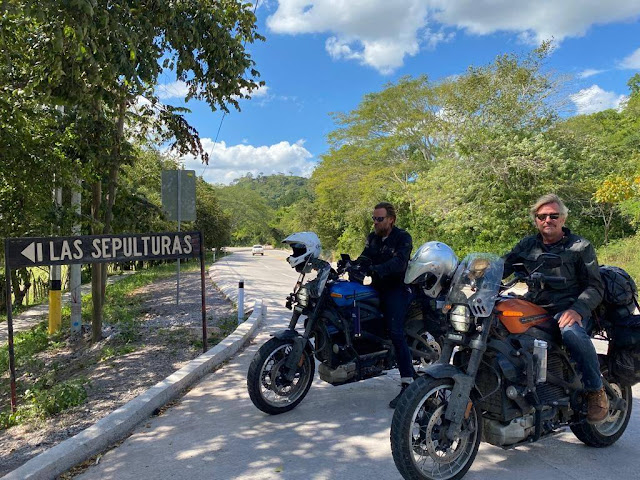 Watching Episode3 - Some scenery and banter. But too much hassle with the bikes and the range and difficulty charging the buggers.
Episode 4 was better with more riding and getting charged.
Choosing to do this trip with electric was always going to be a challenge especially in remoter areas, but it does take over the programme a lot.
I have thoroughly enjoyed every episode so far.  No doubt Mr Armchair_adventurer would have preferred it was done on a low budget with no support, and filmed on a ten year old Sony camcorder, but that's not what this is all about.
at November 18, 2020 No comments:

Email ThisBlogThis!Share to TwitterShare to FacebookShare to Pinterest
Labels: long way up

Is 2030 end of new petrol motorcycles?

MAG receives confirmation that motorcycles are ‘not in scope’ for 2030 end of sale of petrol and diesel vehicles.

The Government has announced that The UK will end the sale of petrol and diesel cars and vans by 2030.  The Motorcycle Action Group (MAG) has received confirmation from the Department for Transport (DfT) that the sale of petrol motorcycles is not in scope of today’s announcement.

Included in the plan is the announcement that the sale of new petrol and diesel cars and vans in the UK will end by 2030. This is ten years earlier than planned.

The position on motorcycles is not mentioned in the announcement.  MAG therefore contacted the DfT for clarification.  We received confirmation that motorcycles are not in scope of today’s announcement regarding the ending of sale of petrol and diesel cars and vans.
The Department contact went on to say that there are no time frames for ending the sale of petrol/diesel motorcycles. Further, should the department wish to make such an announcement, they will consult first with the Motorcycle Action Group and its members.
at November 18, 2020 No comments:

What good news!  I renewed mine last year but Claire's is tomorrow.
Taken from https://www.gov.uk/renew-driving-licence

"If your licence expires between 1 February and 31 December 2020

Your driving licence or entitlement to drive in the UK will be automatically extended for 11 months. This is because of coronavirus (COVID-19).

The extension will start from the date your licence is due to expire.

You can renew your licence online at any time before the extension ends."

Be careful to only use the link above. Google are happy to put rip-off artists above the government pages on their search and no doubt get paid.
To renew online on the official page is £14.  Some of these arsehole scum companies charge £60 upwards.
at November 18, 2020 No comments: