A group of French BMW owners from Europ' Touring in Arras came to England for a day trip and Claire and I offered to meet them and act as tour leaders on a trip around Kent and East Sussex. 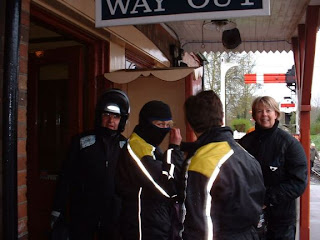 I planned quite a long route that would take in some scenic roads, a trip on the Kent & East Sussex Railway and then lunch.

After a very warm and sunny spring week, Sunday dawned to almost torrential rain! The short run to Dover was against gale force winds and it rained mostly all day. First hassle was an accident on the exit to the Dover Docks that had traffic held back through Customs to Immigration. Then when they finally arrived half an hour later we wouldn't have made the Tenterden section in time for the train.

We adjourned to the Little Chef at Seabrook to re-group and decide what to do. It was still raining quite hard and so after a short break we togged up and set off.
We met Lol at Tenterden but had missed the train we had hoped to get and the next one was a diesel and didn't go all the way to Bodiam.

, where Claire had booked us the dining room. As we had slightly more people than originally planned we had to overspill into the main restaurant. Lol kindly sat with a group of the French participants out there and Claire and I hosted the dining room "experience". Everyone was pleased with the meal (Egon Ronay was right!) and an amazingly large number chose roast lamb. 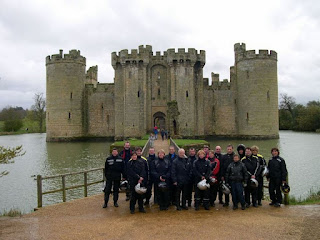 It was still raing when we left the pub for the short ride to Bodiam. As we didn't want to pay to park the bikes we parked up outside the pub across the road and walked in. If we had been there any time, a quid wasn't too bad, but we had about 20 minutes to walk around the moat and take a photo or two and then set off to Rye and back to Dover.

As it was I led them all to Rye where we had a walk round and then back up the Brenzett bypass to Ashord and there I put them on the M20 southwards!

Many thanks to Lol (650GS Dakar) from the GS Club/UKGSer for coming along and making the English side of the Entente to three!
By InvictaMoto - April 19, 2004 Links to this post

The original plan for Easter was to spend the day in Belgium with the GS Club UK at the GS weekend at Kasterlee. As it was only a week after coming back from the US, I had to cancel those plans.

But the bike needed a 20000km service before the Czech Trip... and so I decided to see about a service in France and use the ferry ticket for that instead. I searched on the BMW France site for a dealership in the north of France. Purely to see if it was cheaper than in the UK. 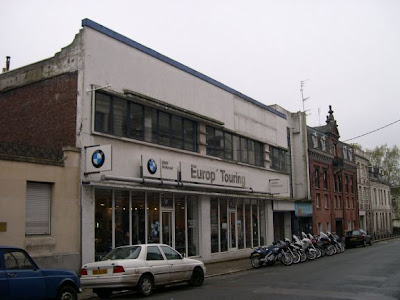 In the end I booked in to Europ' Touring in Arras. In France both 6000 miles and 12000 miles services are about 40% cheaper than the UK. Even with the cost of a cheap crossing over or under the channel it would be cheaper. And as I was less than happy at the standard of the service done at SPC at 6000 miles, plus the place was in the middle of nowhere and had no loan bike on offer (tome at least!) despite buying the GS from them! SO, a dealership in a town had to be better. 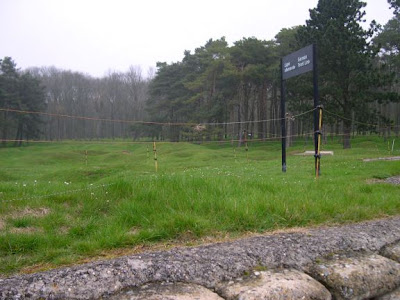 Patrice, the owner, lent us a Scarver 650 to get about. In the end the weather wasn't very good so we only rode into the city centre, met Mark and Julie from the SOC who were there for a hotel weekend, for coffee and as they had done most of the sights we wanted to see the day before we signed in for the A/T, had a chat, and then had lunch. 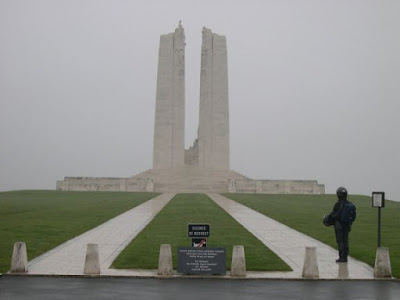 After lunch, with the weather still looking a bit naff, we wobbled on the Scarver up to Vimy Ridge. On this trip the monument was open (a later visit wasn't so lucky!) and we had a long walk around taking some pictures, however, we didn't have time to go in the museum.