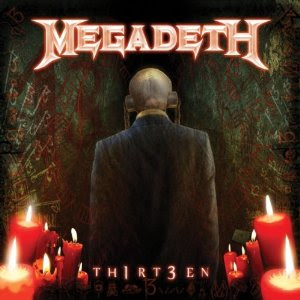 The latest album from Megadeth.

It's everything we have been waiting for.  As soon as it starts, the familiar heavy riffs and the Dave Mustaine's voice cut in and off we go with "Sudden Death".

All the familar Megadeth favourites are here, political comment, heavy guitar riffs, Mustaine's voice grinding through the lyrics.
By InvictaMoto - October 31, 2011 No comments:

Is there anyone that can answer this simple question?

How can the signal on my phone vary from "no signal" through the entire range to 3G and back whilst I am totally stationery?

From my basic education I understand the concept of sound and radio waves.

So how does it vary so widely when the phone doesn't move more than a foot (30 cms) in any direction. There are no objects moving that could mask the waves...

E.g. An SMS message comes and is received. It is read but the user is unable to reply as the phone has no connection to the network.

Irritating but how can this happen?
By InvictaMoto - October 28, 2011 No comments:

Planning a trip to MotoGP in France 2012

The next nearest to make a weekend of it is France. So Le Mans it is. This trip so far is just me and my brother, Neill, but I have posted a note on the Kent Centre SOC forum to see if anyone wants to join us this time.

I have started a new blog just for this event - http://thedevallboys.blogspot.com/

The organisers have arranged to have the same meeting place at Hullavington Airfield and the ride will once again be through Wootton Bassett.

At the time of writing they haven't released any details of local rides, such as they held in 2011. I am sure these will follow.

I have been on the last two to WB, but maybe the local run would be more sensible next year and let someone else have the experience of the WB run?

Full details can be seen on the official website - http://www.rideofrespect.co.uk/

Nich Brown, General Secretary of the Motorcycle Action Group (MAG), will deliver a keynote speech tomorrow to the People's Pledge Congress in the Westminster Methodist Central Hall, London, ahead of the Parliamentary debate tabled for Monday.Other speakers at the cross-Party event include Kate Hoey MP, David Davis MP, Zac Goldsmith MP, Mark Seddon, Bob Crow. MAG is pleased that the motorcyclists' voice will be heard at the event; an opportunity to demonstrate how the current structure of the EU is anathema to representative democracy and to illustrate the disassociation so many feel attempting to be heard when proposed legislation is to directly impact upon them.

In essence the People's Pledge is:

The EU is now planning to give itself new wide-ranging powers in the form of yet another treaty in relation to the crisis in the eurozone. The choice concerning our relationship with the EU is now clear: either we accept being primarily and increasingly governed from Brussels or we decide to abandon membership and negotiate a new relationship with the EU based on trade and, where this makes sense, voluntary co-operation.


There are 5 key reasons why we must have a referendum on Britain and the EU:
* No one under the age of 54 has had the chance to vote on our relationship with Brussels
* The EU now makes a majority of the laws we must obey
* The UK has less than 10% of the votes in the Council of Ministers and the European Parliament
* The EU is costing Britain more and more money
* The EU wants to give itself new powers of ‘economic governance’

MAG's recent day of action saw over 40,000 riders begin a simultaneous slow ride at 1pm on the 25th September across the UK's motorway network as part of it's campaign to highlight the Proposed EU Type Approval and Market Surveillance of 2 and 3 wheeled vehicles Regulation. 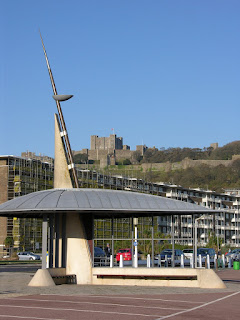 Took a drive to Dover to give Claire an outing and to give her some exercise. Ended up at Dover for a walk along the seafront and an ice cream.

Sadly, I didn't have a lens capable of shooting pics of the fly-past by the Spitfire and its pair of helicopter escorts.

Looking on the net shows that a company does these trips and they are a mere £895 a head. Had to make a change to add a latecomers miles for September.

Last weekend I had the misfortune to be on the A28 between Tenterden and Ashford and in the car. The clowns on bikes that came zooming up, cutting in and out of the cars, forcing oncoming cars to swerve to their left ruined all the good work we do with the charity runs; pet runs, air ambulance, Easter egg and Christmas toy runs etc.

Double white lines? 30 limits? Mean nothing to these knobs. In Kent you can ride as fast as you like without much chance of seeing a copper or camera.. So why piss along through the villages?

It was a miracle that another biker's family weren't getting the knock on the door and the "sorry for your loss" spiel.

Email ThisBlogThis!Share to TwitterShare to FacebookShare to Pinterest
Labels: bike, knobs on bikes

Everytrail is another website that has loads of stuff on it and then they kill it off.  Why not just close it to new updates and leave it there to view.
By InvictaMoto - October 07, 2011 No comments: According the Kent Police, as reported on Radio Kent, 6000 people (is that all?) have been nicked for using a mobile phone whilst driving?

One of these can be bought on eBay for less than a tenner and they work.
By InvictaMoto - October 05, 2011 No comments: