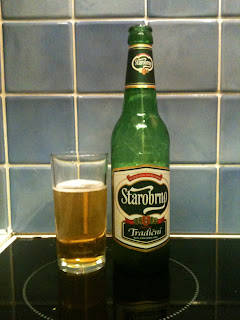 My run was as far as Stop 24 via the Airport Cafe. The Airport was chocked full. I saw about half of them at the services later. I assume my deodorant is the wrong sort as the rest of the centre went to the Blue & White.

I ended up at Stop 24 at about 1150, met the organiser and started marshalling the arrivals a while later. My next job was counting the bikes as they left. I missed a few I know but counted 282 inc the coppers and me.

The official count was nearer 400 or so I have been informed.   I must be innumerate.

After everyone had left about a dozen late arrivals turned up and all but one went off to join the column.

My run ended as unpaid PRO for MAG and the run explaining to the people at Stop 24 why we were doing it. At 1.30pm I managed to get away and went home.
By InvictaMoto - September 25, 2011 No comments: 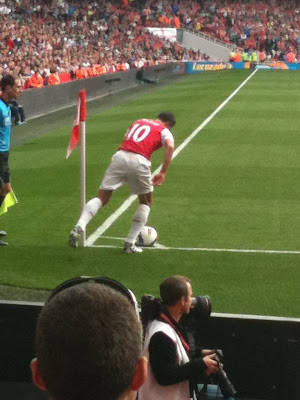 Considering this was taken with my iPhone rather than a proper camera it has come out pretty well!

The Hythe M20 meeting will set off from Stop 24 Services at 1pm and set off southwards on the M20 and A20 and disperse at Dover Eastern Docks.

With just 4 days to go before we all ride on Sunday 25th, we are already making waves.

Another MP, Mark Lancaster has now confirmed he'll be riding from Northampton services on the M1 and 6 MEPs have said they will be at their local runs to show support. This number is likely to grow as more call the office each day.

The IMCO vote has now been postponed again! This time to the 22nd November, which means that the EU Parliament won't now be voting on this Type Approval Regulation until next year.

The great news is that all this delay is directly related to the fuss we are causing. This Regulation will not be rubber stamped.

There appears to be some friction between National Governments and the EU that didn't exist before you all started writing letters.

The standard responses we were receiving from MEPs earlier in the year have now become more focussed.

The Labour block of MEPs now appear to be supporting either a switch on ABS, or no compulsion.

The UK Government is now as concerned as we are, that there hasn't been the research to back much of the content in the Proposal and that the Impact Assessment carried out was not robust.

They are concerned about the impact on consumers (us!), the increased costs and complexity of bikes and the right of the UK to maintain its Single Vehicle Approval (SVA) system, so that one off customs can still be built.

On a less positive note, we've run out of T-shirts!

Orders came in so thick and fast that we had to reorder from the suppliers and they were all sold before we'd even received them! Sorry if you missed out, but some of the start points may still have a few for sale on the day.

The other 'not so helpful' development, is that the Road Safety Authority in Ireland has confirmed that it intends to make hi-viz clothing compulsory for all motorcyclists from 2014.

The Motorcycle Action Group (UK) requested confirmation yesterday after the RSA told a reporter on the Northern Irish newspaper 'NewsLetter';

"...at present the RSA's preference is for the voluntary wearing of high visibility jackets rather than compulsion."

This contradicted the RSA's position in the National Motorcycle Safety Action Plan 2010-14 which proposes the introduction of regulations for the mandatory wearing of high visibility upper body clothing with full sleeves for ride and pillion passenger.

Brian Farrell, Communications Manager at the Road Safety Authority, emailed MAG(UK) in response to a request for clarification, saying;

"I can confirm that the RSA has not dropped the position outlined in the Motorcycle Action plan. We do intend to seek to introduce the measure in 2014, subject to consultation with motorcyclists and industry on the most appropriate type of hi-viz material."

"too many riders have been unwilling to believe they will be forced to wear day-glo clothing in the near future.  Until now the RSA has soft-pedalled its determination to legislate, but now there is no doubt that the authorities are serious"

I'm not going to inundate you with mailings before Sunday, so I'd like to say I hope you have a great day, please remember that the rules of the road have not been suspended, respect other road users and don't stop on the hard shoulder if your mate breaks down. Carry on to the next exit.

The Highways Agency will be putting on extra patrols to help out near each start point and they have confirmed that the motorway signs from 6am all across the country, will read 'Think bike!'

Not only are the Police being 'understanding' but I now know quite a few of them will be joining us if they have the day off.

Brno to Prague the slower way

Everytrail closed down.  Another bunch of shitheads that get people to invest time and effort then they fuck off leaving the investors with their stuff lost and efforts wasted.
By InvictaMoto - September 14, 2011 No comments:

The first day of the report is here....

By InvictaMoto - September 14, 2011 No comments: Links to this post