What he does very well. 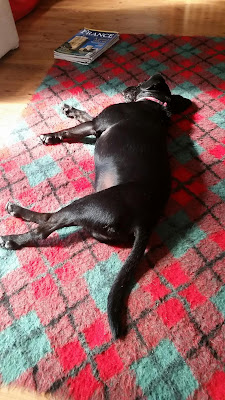 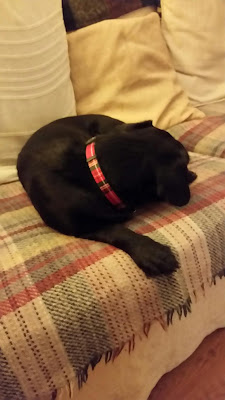 The football season seems to come a little earlier every year, or so it seems.

Locally Invicta kicked off their pre-season with a game against local rivals Hythe Town. This ought to be a dilemma for me as I live in Hythe, actually less than a mile from Town's ground at Reachfields.   However, I have never been.

When I moved here from Bedfordshire in 1999 my first taste of local non-league football was at Folkestone Invicta as one of the director's at Claire's work was also a director of the football club and we went as her company was sponsoring a game. And I have been going ever since. Albeit only a couple of games a yar.

Yesterday was far too hot for running about in the sun, but perfect for sitting under cover in the main stand.  A tea to start with and a bottle of water when it got too hot.

In the end Invicta ran out 4-1 winners with Hythe scoring their consolation in the 90th (and final) minute.

There are another six of so pre-season games to play before the league kicks off in August. 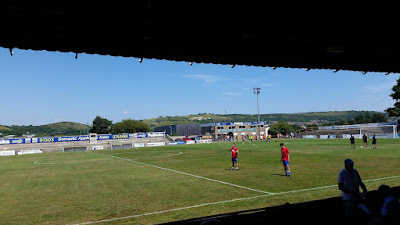 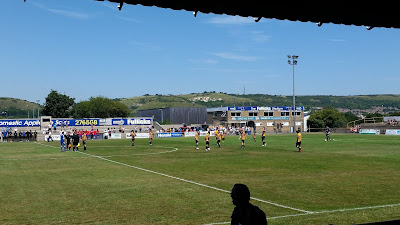 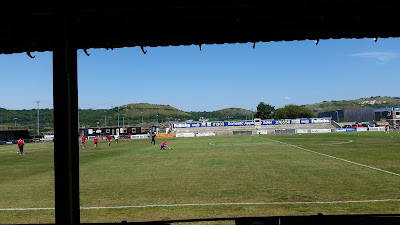 The next game for me might well be the other local derby at home to Dover Athletic. Dover are a couple of rungs up the pyramid and currently play in the 5th tier. Just one below the Football League.
As a senior citizen nowadays one of the perks is a reduced price ticket and so I bought a season ticket. Good value at £110 for an entire season.

The Motorcycle Action Group (MAG) is pleased to note that the number of bikers killed or seriously injured (KSI) has fallen.

MAG can report that, according to figures released recently by Road Safety GB, the number of motorcyclists killed or seriously injured in Wales during 2016 fell by 7%.  This represents the biggest improvement in KSI statistics in Wales, outstripping figures for pedestrians and cyclists who, along with motorcyclists, are classed as vulnerable road users.

MAG Chair, Selina Lavender, said "this is good news on a number of levels: less KSI means not only fewer families suffering the distress of losing a loved one, but also shows that bikers are riding responsibly and taking care on the roads of Wales".

Figures are currently unavailable for England due to a lack of validated data from the Metropolitan Police for November and December.  Work is under way to rectify this.

Meanwhile, MAG welcomes the evidence showing that, in Wales at least, the "ride safe" message is getting across.

MAG submits case for user charge exemption for all motorbikes

The Motorcycle Action Group (MAG) has responded on behalf of London's 200,000 every day riders to defend an exemption from user charging of bikes in the Ultra Low Emissions Zone (ULEZ).

Selina Lavender, MAG's Chair, has shared MAG's determination to ensure an exemption.  'The bike charging proposal was part of a package to reduce emissions – even though a shift towards motorbikes reduces emissions.  We've made a comprehensive submission to explain why it's utterly counterproductive to tax part of the solution, namely powered two wheelers.  The charge is £12.50 a day.'

MAG made the following points:

•       Commuters on bikes are virtually zero NOx emissions producers – and far ahead of buses.  That's why an exemption for bikes (of all ages) is right – because car drivers who shift to motorcycles and scooters reduce overall emissions due to the tiny emissions footprint of a bike.

•       Research shows if 10% of motorists moved to motorcycles for their daily commute there would be a 40% reduction in congestion.  Air pollution is a feature of congestion. That means motorcycles help achieve air quality targets, so charging them makes no sense.

•       The Government says in its air pollution report published in May 2017: The impact of including motorcycles and mopeds in CAZs have not been modelled. These vehicles only represent a small proportion of total NOx emissions so it is not expected that they will be included in the access restrictions for the majority of zones.

•       Some low wage earners use bikes for financial reasons.  Charging them when they produce almost no emissions – or forcing onto more expensive public transport – is a 'tax' on lower wage earners.  An exemption is socially fair.

MAG is closely following the emissions debate to ensure that bikers are not charged while other vehicles which make no contribution to reducing congestion (and emissions caused by traffic jams), such as electric cars, are exempt.  This remains a key element in the campaigning work of the movement.