My mobile service allows me to "eat as much data" as I like a month and I pay £17 a month.

This extends to roaming abroad in loads of countries I might never go to. The US being one I do though, and it is included.

Still. This saving is based on normal usage not any competing package or roaming package.


I am happy with that.

Email ThisBlogThis!Share to TwitterShare to FacebookShare to Pinterest
Labels: ThreeUK

Anyone else noticed that this URL seems to have been hijacked?  Does anyone know the real author of the right blog?

http://midlifemotorcyclemadness.blogspot.com/
By InvictaMoto - April 29, 2019 No comments: Links to this post

The Motorcycle Action Group (MAG) has formally requested a suspension of charges on motorcycles in the new London Ultra Low Emissions Zone (ULEZ) citing the flawed evidence used to justify the charge.  MAG is calling for a suspension to allow Transport for London (TfL) time to conduct valid research into emissions from older motorcycles and scooters.

MAG wrote formally to Sadiq Khan in March, ahead of the 8th April launch of the Mayor's flagship policy to tackle air pollution in the capital. National Chair of MAG, Selina Lavender, cited a number of reasonable justifications for a delay in the implementation of proposed charges for motorcycles.  In the letter Lavender listed the following justification
for a delay:

Selina commented "Despite many meetings and discussions between MAG and TfL, the Mayor chose to ignore the clear logic of a delay, and indeed made no attempt to respond personally to the letter.  It is for this reason that MAG have decided to continue to keep campaigning for the exemption of all motorcycles from the charge."

In the latest letter, Selina wrote "It would therefore seem clear that TfL's cited evidence is, at best, highly questionable, and demonstrates that the ULEZ charge is knowingly being applied to vehicles that are below, and in many cases far below, the emissions standard that has been set.

The Motorcycle Action Group is therefore formally requesting a suspension of charges for all motorcycles and scooters until an equitable and legal application of the charging system can be agreed based upon the evidence that TfL cite, and any further empirical evidence that can be found."

MAG's Director of Campaigns & Political Engagement, Colin Brown, commented: "We have continued to put much time and effort into researching the claimed evidence cited by TfL to justify the charge for older motorcycles.  That work has reinforced our claim that there is no evidential basis to justify the charge for motorcycles.  We are therefore demanding a suspension of the charge whilst further research and evidence is gathered by TfL to demonstrate a justification, or a decision is taken to accept that there is no reason to continue the charge."

MAG's Director of Communications & Public Affairs, Lembit Öpik, warns: 'we predicted chaos if there was no delay to the implementation.  Now that the ULEZ has been implemented, that chaos is upon us and with it comes the growing inevitability of legal cases being brought to bear against TfL by riders who have been victimised by this draconian policy.   Of course the real irony is that the charge on motorcycles is counter-productive in terms of the results it aims to achieve.  We should not need to follow the example of recent environmental protests to get the Mayor to listen to reason but, if we must, then that is exactly what we may do.'

I haven't had any email or anything from @TicketmasterUK to say that the cancelled Ozzy Osbourne concerts from this spring have now been moved to February 2020.

I just saw another ticket site advertising them for sale.  Better log in and look.

Difficult to think of a hashtag for this game.

It was the last home game of the season and my first game! It's difficult fitting in games since having a full season ticket at Arsenal and also Oldham Athletic away games in the south of England.

A pulsating game with things pretty much even with Invicta just about edging it in the first half. Even at 0-0 Invicta were in the play-off places in the league at that stage.

In the second half the game was definitely more even and it was Invicta that stole it.

It finished 1-0. Results elsewhere meant that even with the win a play-off place was denied them.

Onto next season now.

When you have low expectations you can't be too pissed off when it goes down like a lead balloon.

In the end we had a few turnout. A few shirts.

This is a major national charity but the excuses came in:
These being the top three.

Anyway we did our bit.

Both of us modelling my blue Oldham Athletic shirt.

Following repeated claims from Transport for London (TfL) that "individually, motorcycles can be highly polluting", MAG has demanded that TfL produce evidence to back this claim.  TfL stalled for many months before finally claiming that they take information from the National Atmospheric Emissions Inventory.

MAG investigated this "evidence" and discovered that the information from NAEI is, in fact, a modelling calculation; and we can now reveal that this model actually backs our position that pre-Euro 3 motorcycles are not necessarily "highly polluting" and that, by the admission of the software modellers, the figures over-estimate real-world emissions from motorcycles.

TfL has chosen  NOx emissions limit of 0.15g/km for motorcycles, based on the figure for this single pollutant in the Euro 3 motorcycle standard.  TfL claim that the evidence for pre-Euro 3 motorcycles being highly polluting is provided by the COPERT 5 data for average motorcycle emissions at an average speed of 30km/h.

The data from COPERT 5 shows that average emissions from pre-Euro 1 50cc mopeds; pre-Euro 1, Euro 1 and Euro 2 two-strokes; Euro 2 four-strokes 250 – 750cc; pre-Euro 1, Euro 1 and Euro 2 four strokes >750cc, all average less than 0.15g/km.  At the same time, the cleanest ULEZ-exempt Euro 6c diesel cars emit 0.21g/km.  MAG has also had confirmation from Emisia - the company behind the COPERT modelling software - that their models do not allow for the emissions advantage possessed by motorcycles in terms of filtering through congested traffic.

Studies carried out by the Federation of European Motorcyclists Associations (FEMA) demonstrated that, across 17 major European cities, motorcycles on average reduce journey times by 30% compared with cars. The COPERT modelling can therefore be shown to over-estimate the already low emissions figures for motorcycles by this same percentage.

MAG's Director of Campaigns & Political Engagement, Colin Brown, stated "This research has led us to a conclusion that has far-reaching implications beyond Sadiq Khan's London: indeed beyond the UK, to the whole of Europe.  Any air quality modelling that relies on the COPERT software is misrepresenting the part that motorcycles play in air quality.  No modelling will ever reveal the benefit that modal shift to motorcycles and scooters can play in improving the quality of the air that we all breathe.  An opportunity for all is being hidden through the use of faulty assumptions that motorcycles are the same as cars and should be treated in exactly the same way.  This is flawed modelling that leads to poor decision-making.

MAG is more than happy to answer any questions about motorcycle emissions, and to work with any authority that genuinely wants to reduce air pollution to correct the modelling and come to workable policies that promote the use of motorcycles and scooters.  As we have maintained all along: motorcycles are the solution not the problem." 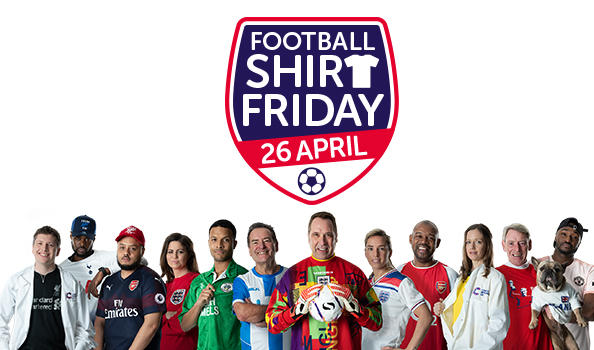 I hardly expect anyone that reads the “On the Road” blog to actually donate any money to the charitable pages that I share but at least it is out there.

Although I have never (touch wood) ever suffered from any form of cancer I like to “do my bit” in raising funds for research into cancer, wherever it might occur.  I usually target mens’ research,  as despite the thousands of guys that are diagnosed with testicular and prostate cancer every year, funding and awareness staggers way behind women’s cancer awareness.

Ever seen Movember or Decembeard on mainstream TV?  But “Race for Life” is on every year on TV and radio.

But this time.  I am looking to Bowel Cancer.  This can affect anyone, male or female.

As we are approaching the end of Bowel Cancer Awareness Month tomorrow sees Football Shirt Friday.
For a fiver, people can wear their favourite club shirt to work and take part. Even if you don’t have a favourite club or even a football shirt, then you can still donate…..
Click here!

The main info page is here.
And a reminder of that donation page

I have a fundraising page setup and have seeded it with the first £5 - https://fundraise.cancerresearchuk.org/page/schools-ict

Highways England, which is in charge of looking after the UK's strategic road network, has used the race meeting to invite bikers to attend two life-saving courses: BikeSafe and BikerDown.

'Highways England and MAG have worked together for three years now,' says Lembit Öpik, MAG's Director of Communications & Public Affairs. 'Their proactivity led to their attendance at the first Superbike event of the year. They get the difference between lecturing riders versus working with us to achieve safety outcomes. I hope that riders sign up to both schemes they're promoting.'

The other scheme, BikerDown, gives vital skills if you're first at an incident involving a fellow biker. The course covers:

Highways England has also launched a new app, which provides a GPS reference for road users who need help, particularly on remote 'A' roads. You'll find more about the App and all the other useful things it does at:

Highways England's head of road safety, Richard Leonard, commented: 'We are committed to improving safety on our roads and are conscious that motorcyclists are one of the most vulnerable groups of road users. Going to Silverstone offered the ideal opportunity for us, working with our partners, to take our safety messages to motorcyclists and promote responsible and safe riding.' Find out more by visiting:

Gout - It comes, it goes

As well as taking the pills from the doctor I started on the CVS Turmeric and in less than 48 hours it had gone again.
Why had it flared up? Oddly it is maybe the US beer. Once I stopped the 🍺 and started the turmeric it went.
Oh well.
By InvictaMoto - April 21, 2019 No comments: Links to this post

Maybe it's Yankee beer? Not the really pisswater stuff with Lite in the name but proper beer.

A couple of bottles and boom. Instant swollen joint.

No beer and some of this stuff .. 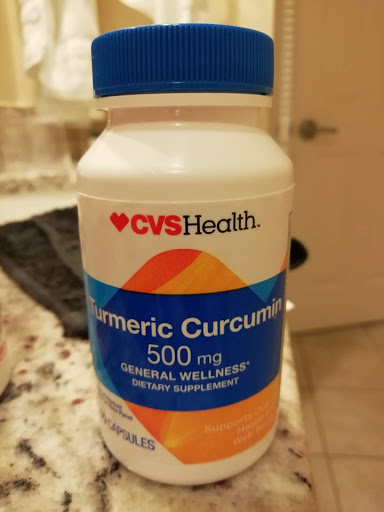 And boom. Gone in a day. As quick as it came.